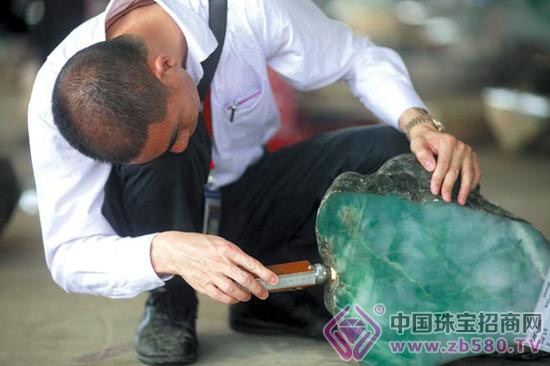 The jade produced in Myanmar is famous all over the world and is very popular among Chinese rich people. However, its production process has also been controversial. It has attracted criticism from blood jade. What surprised the outside world is that the scale of the Myanmar jade market is as large as half of the countryâ€™s economic output. .

Myanmar's jade deposits are rich, and the specific scale of the jade city is always a mystery. According to the latest survey released by an environmental supervision organization in London, the total value of trade in Myanmar's jade market is as high as 31 billion US dollars (about 1 trillion US dollars), equivalent to 50% of the country's annual economic output value.

The report, published by Global Witness, is 128 pages long. The Myanmar emerald market, which is popular among Chinese rich people, far exceeds the imagination of the outside world. In 2014, the output value reached 31 billion US dollars.

However, the report slammed that although the scale of the jade market is huge, most of the interests are held in the hands of the military and the political power. This shows that although the government has advocated the promotion of reform, the reform has had limited success.

Juman Kubba, a global witness analyst, pointed out: 'From the beginning of 2011, the new Myanmar government has announced to the world that the country has made great progress in improving military rule, group relations and human rights issues, but the jade market tells us Another story. '

At least 50% of jade smuggled China

Global Witness said that the survey report based on several industry sources to calculate the size of the relevant jade market, and these sources also revealed that as many as 5 to 80% of Myanmar's jade production is sold to China through smuggling.

According to China's official report, the total value of jade imports last year was nearly 12.3 billion US dollars, but Chinese customs data showed that Myanmar officially claimed that less than one-third of the jade production was legally sold to China.

Sean Turnell, an Australian Myanmar expert who served as an advisor to opposition leader Aung San Suu Kyi, said that experts including him have underestimated the role of jade in the source of the Myanmar government's revenue. Most experts originally believed that Myanmar The government's other revenue sources are mainly energy.

Donnel said: 'There is no doubt that the main force for earning foreign exchange in Myanmar in the past few years is jade. '

The Myanmar government taxed 20% of the mining area according to the value of the jade, and also imposed a 10% sales tax on the official jade trade fair. According to global testimony, the benefits of the Myanmar government from the Yushi transaction are lower than expected. The jade tax revenue in 2014 was less than 374 million US dollars. If the annual output value of 31 billion US dollars, these taxes are only 1%. With its special color and outstanding shape, Jade has long enjoyed a high evaluation in China, but since most of the mining areas in northern Burma, which are baptized by war, their transactions are facing illegal and opaque controversy, the United States still Implement sanctions against import.

According to the Global Witness Report, the Myanmar government holds a government-run jade exhibition every year, and companies related to the former Than Shwe family of Myanmarâ€™s former military government have earned a total of 2.2 in this official exhibition between 2013 and 2014. Billions of dollars, but the report did not allege that the relevant transactions involved illegality.

The mining area is baptized by war

The Myanmar jade trade is not only controlled by military tops, drug lords and powerful enterprises, but also contributes to armed conflicts, land plunders and deadly landslides and floods in northern Kachin State. In order to mine jade, the government-approved enterprises use mechanized tools and explosives to level the forest. It is reported that as long as four days, a hill can be hollowed out, leaving the surface of the moon surface and the water channel.

In order to exploit the interests of jade, the Burmese government forces have fought in the area with the rebel Kachin Independence Army for many years. It has been estimated that more than 10,000 people have been killed and about 100,000 people have been displaced since 2011. The investigation revealed that the jade company controlled by the Myanmar military was used to finance the army and the Kachin Independence Army.