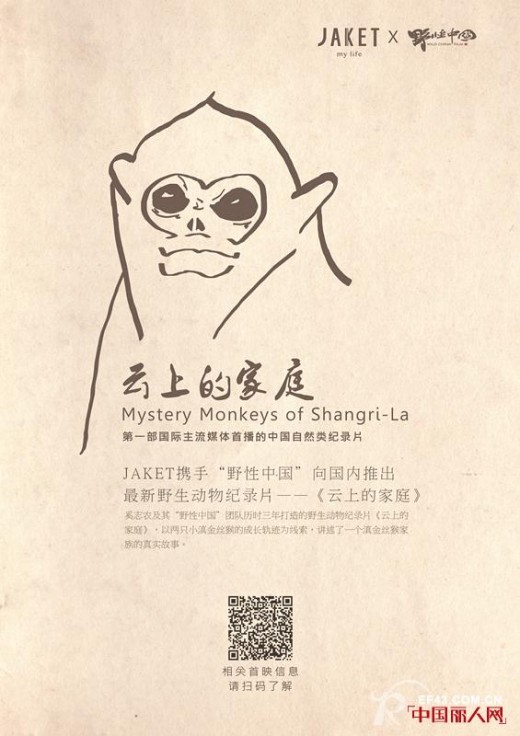 From December 8 to December 12, JAKET will join hands with a famous wildlife photographer in China and Xi Zhinong, the founder of "Wild China" Studio, to Guangzhou, Changzhou, Nanjing and Shenyang to hold the "Documentary Documentary Premiere and exchange meeting. " By then, everyone will have the opportunity to become his latest masterpiece, renowned overseas Yunnan golden monkeys documentary "home on the cloud" the first domestic audience. (Please sign up at JAKET official Wechat account)

Guangzhou Station December 8 at 19:00 on Tuesday

Changzhou Station December 19 at 19:00 on Thursday

Shenyang Station December 12 at 19:00 on Saturday 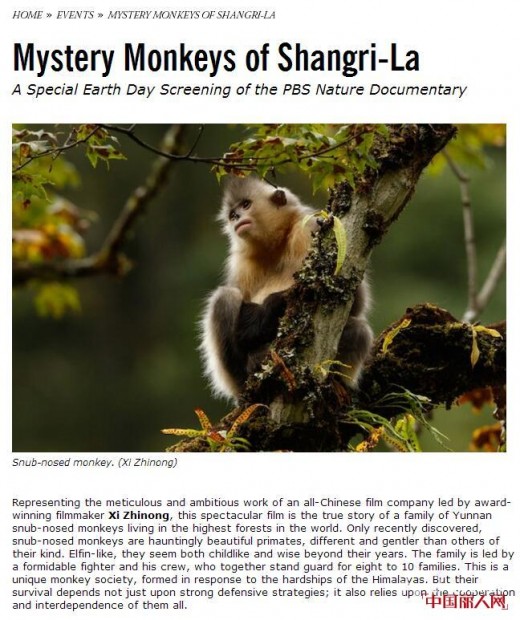 The Family on the Cloud (North America screenings "The Shangri-La Mystery Monkey") is a wildlife documentary created by Xi Zhinong and his "Wild China" team for three years. The film was shot by a Chinese local team and is the first natural documentary in China to be premiered in major foreign media outlets (PBS, National Geographic Channel, USA). The film and graphic photos also represent the images of Chinese civilizations in New York And Washington on display to the public.

IMDb, the world's largest film and television drama rating site, rated the film a score of 8.1. For the majority of viewers, this is the first time so close to understanding Yunnan golden monkey. Many spectators were shocked by the group of creatures living on the summit of snow-capped mountains. They were also impressed by the harsh snowfall of the photography team for three years carrying heavy photography equipment and marching in the jungle at over 4,200 meters above sea level . 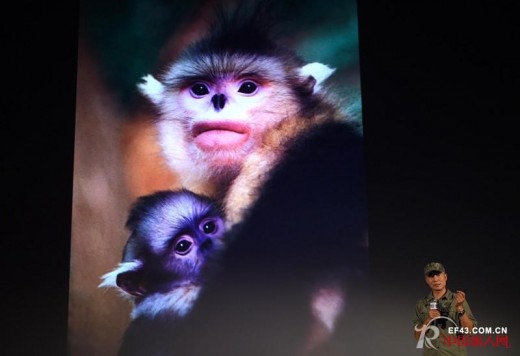 About "Family on Cloud"
In this video, Xi Zhi-nong tells the story of a Yunnan monkey family living in Shangri-La, Yunnan, in vivid portrayals. Based on the experience of the two golden monkey dynasties, this paper introduces how Yunnan golden monkeys form a unique group to cope with extremely harsh high-altitude living environment, and how to multiply and generate benefits through effective defense strategy, cooperation and interdependence. The film by demonstrating the life of the Yunnan golden monkey, with the power of the image calls for human beings concerned about nature and protect the wildlife.